On Thursday, March 3, 2016, a Massachusetts company by the name of D2 Holdings, LLC filed litigation against MRC II Distribution Company, L.P. and International Games Technology, Inc. in Norfolk County, MA. The lawsuit is based on what D2 claims to be a violation of trademark rules as set forth in 15 U.S. Code 1051.

MRC’s popular Netflix series, House of Cards, did not debut until 2013, and while D2 is not arguing that the media corporation has the right to produce a television drama of the same name, the company is not so pleased with MRC’s decision to license the ‘House of Cards’ mark to IGT.

The slots maker has since manufactured and distributed two variations of slot machines under the trademarked title; “House of Cards: Power and Money” and “House of Cards: Welcome to Washington”. 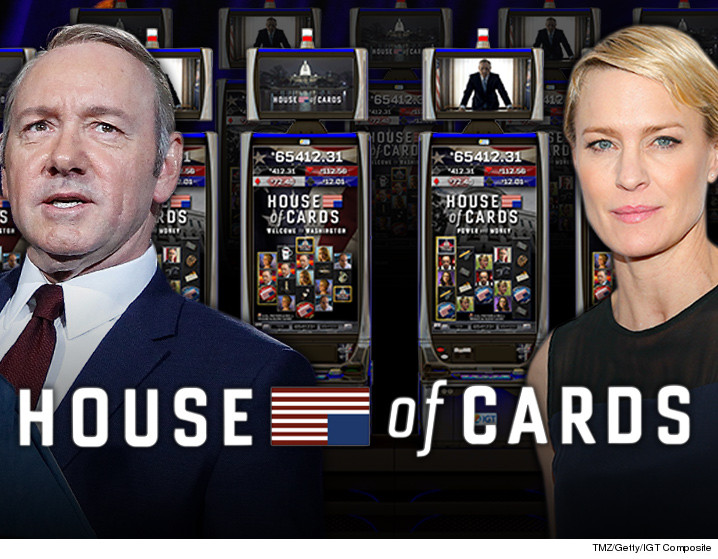 The holdings company made sure to point out that MRC actually attempted to register the ‘House of Cards’ name back when the Netflix series was first produced, but failed to do so since D2 already owned it.

D2 is looking to cash in on the slot machines, and there’s no gambling required to do it. The company is suing for an undisclosed amount of damages in the case.

Trademark infringement cases aren’t always cut and dry, though. In order to win such a case, the USPTO states that the plaintiff must prove three specific elements to the judge.

First, D2 must prove “that it owns a valid mark” on the phrase, ‘House of Cards’. That shouldn’t be difficult at all.

Secondly, D2 must provide evidence that its trademark “has priority” to the defendant’s, meaning that its patent is senior to any patents the defendant may own. Again, that shouldn’t be a problem.

Thirdly – and most importantly, in this case – D2 must convince a judge that “the defendant’s mark is likely to cause confusion in the minds of consumers about the source or sponsorship of the goods or services offered under the parties’ marks.”

That last stipulation may be a bit harder to prove.

The House of Cards Radio show is currently aired in select parts of nine US states, including Delaware, Connecticut, Florida, Illinois, Massachusetts, New Jersey, New Mexico, Nevada and Pennsylvania, although it can be heard internationally via Yahoo! Sports Radio and other internet radio sources.

As you can see from the image variations above, its logo looks nothing like that of the House of Cards Netflix series logo, or the slots maker’s depictions of the popular drama in its gambling devices. Thus it doesn’t seem like many fans of the radio show or the Netflix series would actually confuse the two.

Ultimately, the decision will be left in the hands of Massachusetts District Court Judge Douglas P. Woodlock, who has been assigned to preside over the trademark infringement case.